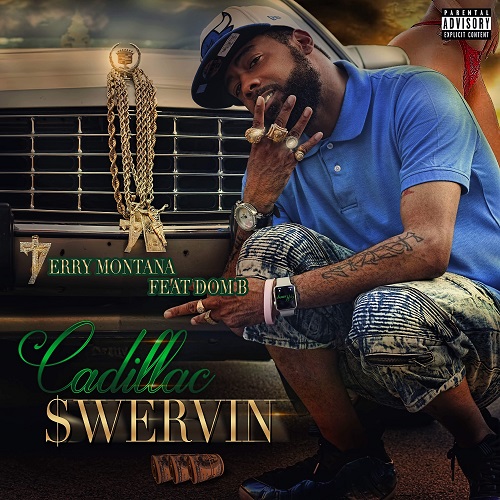 Terry Montana is a hip-hop artist, who waits for no one when it comes to distributing his skill set, knowledge and talent. With his current mix tape ‘Trap Hop,’ Montana has made his peers literally chin check themselves because of his wealth of Street Knowledge. Fans pay homage because unlike most rappers who claim to “Live That Life”, Montana is “That Life”. With graphic lyrics and strong convictions, Montana is the very essence of true story telling, witty, and self-made. A rapper with conceits, Montana manages to captivate not only his consumers with the art of melody but also those who walk amongst him in the heartbeat of Street Life.

Montana is one of the biggest breakout independent rap artists to break through the Louisville, KY music scene since Trap Soul hit sensation; Bryson Tiller broke incredible boundaries for the Mid West music regions. With the help of Montana’s management team, he has not only achieved street fame but also music download success in such an unorthodox way that it has fascinated his spectators. Montana has not admitted to avoiding major labels; instead his theory is of a preference to maintain a fierce independent stance. Reciting immense lyrics Montana manages to navigate through muddled obstacles in order to gain wide success nationally via savvy online and street campaigning efforts. Montana receives praise from his adversaries to which some he has been raised by and some with conflict. As Montana would express, “Just because you begin in the game with a rough start does not mean you’ll finish last, it’s all about the cards you were dealt and how you plan to play those cards”. Finding ways to please both the backpacker fans and Hip Hop heads with full throttle, head banging beats seems to be Montana’s best-suites, those who have been spectating claims; this journey is Montana’s claim to fame.

Born in Louisville’s West Side

Born in Louisville on September 25, 1980 in Louisville’s eastside Clarksdale Projects and landed in Greystone 700 Blocc, Terry Montana had an uncomfortable upbringing, being that he chose to lean towards the streets, hitting and missing with the law, he had a time or two where he was forced to retreat and reevaluate his thought processes. When focused, Terry formed a musical bond within his inner circle comprising of mutual producers, brother and friend, Dorron and Dominique Betts. With no concerns and involving theory of music, Terry decided to write about particular subject matters that included his area of life study; all seemed more practical with his daily living (trapping) therefore applied the application towards song writing; as his theoretical music genre begin to assemble, the technique developed, leading to further launching a rap career. Montana sets the standards and his own pace, his mission is to captivate his audience and to deliver a new genre of music titled, “Gr8 Music” ~ music free from typical millennium stereo type mumbling and chant rapping.

Montana’s recent mixtape, Trap Hop is a multi-track assembled project that includes hits titled: “Paper Cuts” and “Cadillac Swerving” are distinctively delivered to allow one to vision a day in the life of Montana. Quote: “I thumb through so much money daily, I have to wear gloves”. The mix tape was released on most major music applications and is available for download and streaming sites such as Title, Spotify, I Tunes and more. Montana has already caught the attention of local and national complex magazines, the features will hone in on not only the rappers witty charm but his profound intellect as well.

Montana implies that the majority of independent rappers (independent or on the rise) have one main problem and that is, they lack follow up. As Montana quotes, “Every song I make is considered to be a follow up record, currently I am all in… about 150 songs worth, each one of my songs are a follow up… one right after the next. My entire life has been a journey, and it’s only right for me to tell my story.”

Montana’s interest in fame outweighs his desire to make the money from his record sells, when the question arises, “What would you like to tell your audience?” Montana humbly says, “I only want the fame, I don’t care about the money – if the money comes, I am going to spend it with the people”.
Video Links: