Waz is an upcoming versatile rapper from the South Bronx, who started rapping in high school being influenced by rappers such as Notorious B.I.G , Lil Wayne, & J Cole he was able to create an audience and loyal supporters through his music. Waz stated, “I’m going to change the game up by inspiring you, relating to you and spitting game to help you avoid mistakes.” Waz considers his music to be reality rap, due to Waz only writing about his experiences growing up in the streets of New York City. Waz’s new EP “Pain, Sacrifices, and Lessons” is depicted as uptempo but yet painful, as Waz tells story’s of a young man trying to elevate from New York’s underworld. 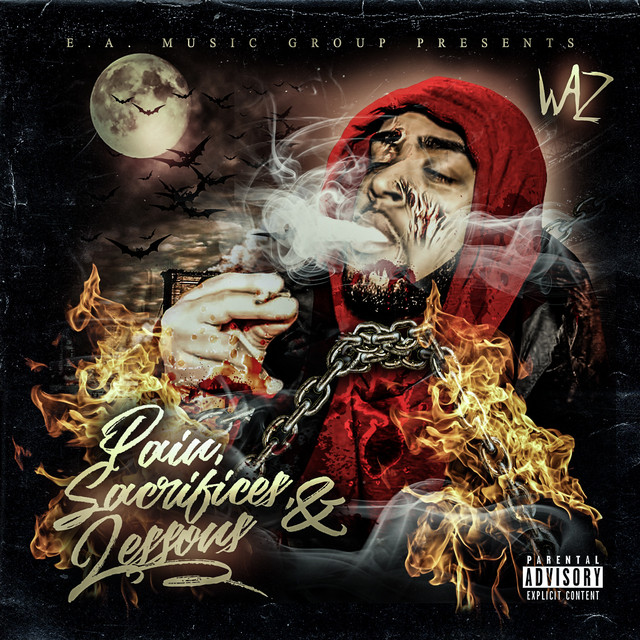