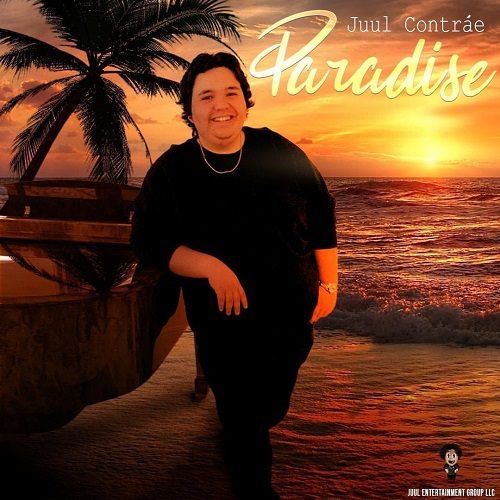 Raised in Camarillo, CA, Juul Contráe is an artist and songwriter. He has just released his first song, “Paradise.”

Juul went to school with many famous and wealthy families such as Will Smith’s children, the Gretzky family and Frank Ocean’s family, however he never utilized those resources to break into the entertainment industry. Luckily, years later, he ran into Ray J and his team at a hotel and was friends with one of the team members. Juul quickly taught himself how to produce Hip Hop and R&B tracks using YouTube. This was fairly easy because he already had a background in piano and guitar ae well as an understanding of melodies.

Currently , Juul is influenced by the Hip Hop artists that are also making the Pop charts such as Drake and Cardi B. since being introduced to the genre in 2017. However, he grew up on 60s, 70s and 80s Pop/Rock such as Queen and The Doors.

“My goal is to have as much fun and pleasure as possible, a true Epicurean. I feel my music represents that. I want my music to make people happy and set the mood for having a good time.” – Juul Contráe

The video is being shot soon. Meanwhile, the song is now available on all streaming platforms.

Juul encourages all fans to keep up with him on social media and take a further look into his everyday life on his vlogs with his sister – Juul and Car Vlogs channel on YouTube.